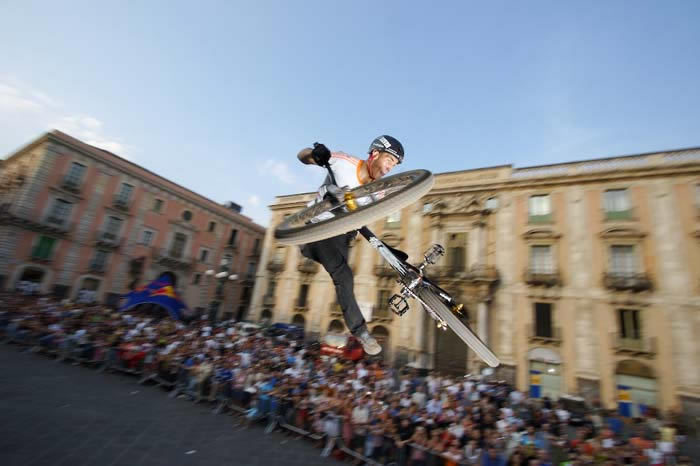 McDermott claims the park title at the Qashqai Urban Challenge in Cologne, Germany

The riders woke up in Cologne, Germany to an overcast sky and the finals of the Cologne Qashqai Urban Challenge was held early to avoid any encounters with rain. Thankfully the weather held out and the riders threw down, much to the enjoyment of a packed crowd in Cologne’s Mediapark.

Practice began early this morning and riders had one last chance to dial in their lines before the final runs began at noon. Adam Hauck was the first rider to set the bar high, with a perfect run filled with amazingly difficult technical tricks, back-to-back. Pedal stalls-to-270 out right into wallride-to-tailwhips were just some of the links that Hauck put together for his first run.

Ben Boyko follwed Hauck with his own brand of riding, starting his run with a huge 360-table off of the starting drop. Boyko used his momentum from the drop to wallride the entire length of the monster Qashqai wall, then pedaled furiously towards the big box jump, where he stomped a huge tailwhip. Boyko ended his course assault with another run at the box jump, where he landed a perfect 360-tailwhip.

Other riders like Benny Korthaus and Darren Pokoj were riding at their highest level. Pokoj found tons of creative lines and also dropped some beautiful nosedive 360s (and a backflip) over the spine. Korthaus impressed the judges with a tailwhip to tailtap and a perfect 360-tailwhip on the big box jump.

As the top three qualifiers (Paul Basagoitia, Darren Berrecloth and Lance McDermott) rolled up to the start of the course, the crowd knew that they would be in for a spectacle, as each one of the top qualifiers was in the running for the overall title.

Paul Basagoitia started his first run with a 360 off the starting drop, then tabletopped on his way to the top of the roll-in for the box jump. He dropped in and as he went upside down, decided that this fifteen-foot box would be perfect for a flipwhip! Paul kept his run going with a 360 over the spine, footplant over the hitching post, and at the very end of his run, another perfect flair.

Darren Berrecloth was the next rider to go, and he followed Paul with a 360-table off the starting drop. Bearclaw landed a stretched out indian air superman on the box jump and proceeded to make his way back to the top of the Qashqai wallride. He took a deep breath and dropped into the roll-in, pedaling as hard as he possibly could towards the big quarter next to the starting drop. Bearclaw boosted the big quarter into a one handed table across the ramps, into a banked ramp. After landing his big gap, The Claw capped his run with an opposite 360 from the spine to the take off of the box jump.

The pressure was on for Lance McDermott, who qualified first and was the last rider to ride in the first round of finals. Lance flipped the first drop and pedaled across the top of the monster wall to get speed for the box jump. He continued his run with a perfect front flip over the huge box, into a backflip over the spine. Lance came back to the other spine and 360 tailtapped it on his way to the big quarter, which he tailwhipped. Lance handplanted the hitching post on his way back from that, then ended his amazing run with a 360-handplant on the spine.

The riders went right into the second round of finals after Lance’s first run, but most riders were quite happy with their first round, so they used their second run to dial in their lines or try some tricks that they didn’t do in their first run. For example, Bearclaw stuck a perfect 360-tailtap on the hitching post of the spine during his second round and Benny Korthaus landed the flair that he was attempting all weekend.

Paul Basgoitia’s second round was the most remarkable, as he began his run like normal on the top of the starting drop. The starting area was perched approximately fourty feet above the ground, and Paul decided that he would try a new line from the start ramp. He skipped the step-down ramp altogether and bunnyhopped from the very top of the starting area into the transition of the big quarter that was next to the starting area. After landing it totally clean and riding away to continue an amazing run filled with flairs, tailwhips and 360’s, the technical event director Tim Spears radioed on the channel, asking all other production people, “Was anyone else shitting themselves before he went for that?”

At the end of the second round, the riders were quite curious to see if Paul’s crazy start was enough to take the win from riders like Lance and Bearclaw, who both put in some incredible runs. The final runs from all twelve riders were spectacular, but it was clear that Bearclaw, Lance McDermott and Paul Bas are hungry for the overall win and will stop at nothing to claim the first prize of 50,000 euros.

The judges deliberated for quite some time while the riders discussed their runs and high-fived each other for yet another insane contest with ground-breaking riding.

The podium for the Cologne stop of the Qashqai Urban Challenge consisted of Paul Basagoitia, Darren Berrecloth and Lance McDermott, as
predicted by the riders and crowd alike. Third place was Paul Basagoitia, second was Darren Berrecloth, leaving the first place podium to Lance McDermott. Each rider has one win under their belt now, which brings the overall standings even closer.

The Qashqai Urban Challenge will now take a four week break and will reconveine in Paris, France for the final round on June 23rd. The top three riders are now extremely close in the points race, so anyone could take the overall title depending on their finish in France.

Visit the Qashqai Urban Challenge website (http://www.nissan-qashqaichallenge.com) with information about each city, the events, rider bios about the invited tour riders, results, rankings and videos. More videos can also been viewed on Freecaster.tv from the Newcastle, Milan, and Madrid stops of the Qashqai Urban Challenge. To check out the action directly, go to: http://play.freecaster.com/1000006/1002048 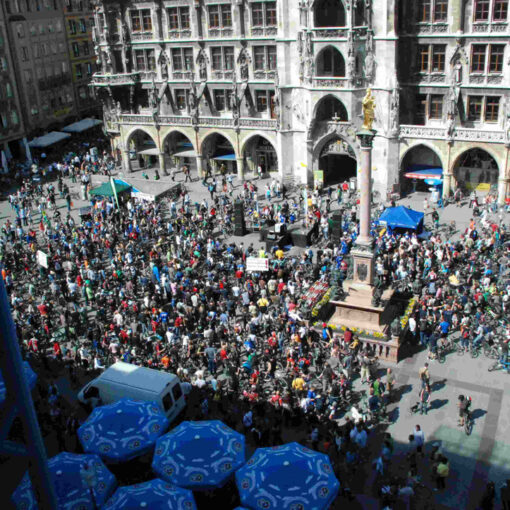 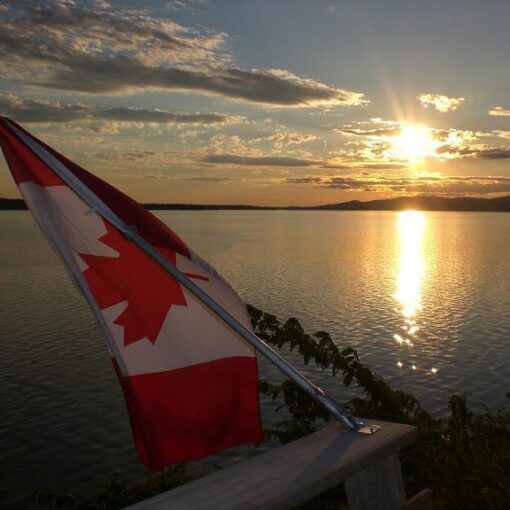