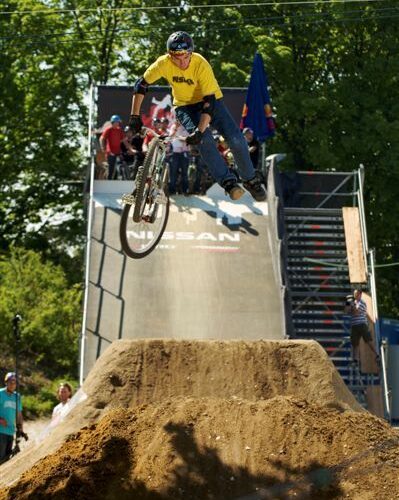 25 Riders and 10,000 spectators alike were absolutely blown away by the elevated level of riding in the finals of Newcastle’s Qashqai Urban Challenge.

The morning began with the second round of qualifying, where top riders like Darren Berrecloth and Cameron McCaul had their chance to make the finals. Bearclaw was able to sneak into the finals, although he was one spot away from missing it entirely.

A lot of surprising runs came during qualifying, as many riders were on the bubble and needed to clinch their spot in the finals. Ben Boyko solidified his spot in the finals early on by being the first rider to 360 off of the start ramp. After Boyko 360’d off of the start ramp, the flood gates opened up and more riders started pushing it. By the end of qualifying, the crowd saw nearly every trick unleashed on the drop.

The riders took a short break for lunch and to rest up for what would undoubtedly be the most intense riding session of the weekend.

From the crowd, it seemed as though most of the tricks had been done on all of the obstacles, but after the first rider of the finals „Kyle Strait“ came through the course, everyone knew that the final round of competition would be an extremely exciting and creative session.

Finalists were given two rounds to put down their best riding in front of the judges and an extremely crowded Centre Of Life in Newcastle. The first runs of the finals were exciting, but the second round was out of control.

Gee Atherton surprised everyone at the contest by 360ing off of the start ramp. Ben Boyko, Bearclaw and Christopher Hatton had already 360’d off of the drop, but this kind of stunt was extremely unexpected for a rider whose riding is mostly focused on the downhill World Cup circuit where he usually places top ten. Gee proved his skill to the judges by his 360 on the drop, followed by a barspin up the step-up, good style through the course, ending with a flip on the final jump.

The most original and insane trick to be attempted of the day came from the Frenchman Christopher Hatton. Hatton qualified in first place for the finals with some strong runs, but wanted to drop the hammer with a new trick. Hatton was seen strapping on a full-face helmet prior to his run, so the area was buzzing with anticipation when he stepped up to the drop-in. As he rolled in, everyone held their breath and Hatton attempted a 360-tailwhip off of the drop! The 360 tailwhip drop didn’t come all the way around, but everyone was still cheering loudly and congratulating the crazy Frenchmen for his attempt. He finished in the end 5th place, which was his biggest success so far!

The second round of finals started with Kyle Strait clicking an invert off the drop, right into a backflip up the step-down. Strait backed it up with sick style through the course, ending his run with a perfect double-tailwhip to pedals. As the finals wound down, it was Bearclaw, Boyko and Basagoitia that had the most to offer. Each rider had already put down a solid first final run, but they all knew that they had to step it up in order to top Kyle Strait for the win.

Boyko kept the energy high by adding in an x-up to his 360 off the start drop, following it up with a barspin and capping his run off with a 360-tailwhip to pedals.

DARREN THE “CLAW” BERRECLOTH – HE’S GOT IT
ALL

The Claw came through with an amazing run that blew everyone away. He 360’d the start ramp, tailwhip on the step-up, took the skinny North Shore bridge and dropped from the wall to a tuck no-hander on the next step-up, 360 out of the satellite dish (which no one else was able to trick with more than a x-up or table) and then a boosted big 360-table at the final jump.

Tension was high as Bearclaw’s closest competitor, Paul Basagoitia, stepped onto the starting platform to attempt to dethrone The Claw. The riders on course were stacking hay bales in some odd places, which intrigued the crowd and the judges. Basagoitia began his run with a perfect tailwhip, into an amazing 360 onto a platform that was no more than four feet wide. Basagoitia over-rotated the 360 a little bit, but somehow was able to save it and bunnyhop transfer over to a landing and continue his run as if it was totally planned out that way. Basagoitia found a new step-up line and also a new landing, a transfer which he no-foot canned, and finished his run with a perfect flip-whip!

The 10,000 specators in the Newcastle Centre of Life were going absolutely insane after Basagoitia’s run, and the judges were shaking their heads over the nearly impossible task of sorting out the riders’ results. Even Paul Basagoitia and Bearclaw admitted that they had no idea who would take the first title of the five-stop Qashqai Urban Challenge series.

Riders and spectators milled around while the judges deliberated the results. Everyone slapped high-fives and shook their heads at what was undoubtedly one of the craziest final rounds in the history of freeride mountain biking.

At the end of the day, it was Darren Berrecloth who would take the first win of the tour and a nice payout of 8,000 euros! Paul Basagoitia took second place and Kyle Strait held on to the podium in third place. Champagne was uncorked and the riders celebrate their victories thru the night.

The next stop for the Qashqai Urban Challenge is Milan, Italy, where riders will be tested on their dirt jumping aptitude.

Visit the new Qashqai Urban Challenge website (www.nissan-qashqaichallenge.com) with information about each city, the events, rider bios about the invited tour riders and also the listings of the specialist riders for each discipline. See you soon in Italy, because next weekend we’ll have the Qashqai Urban Challenge in Milan and this time it will be dirt jumps, so expect to see the maddest tricks right at the main station of Milan. 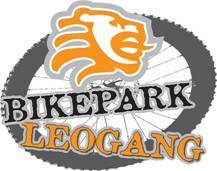 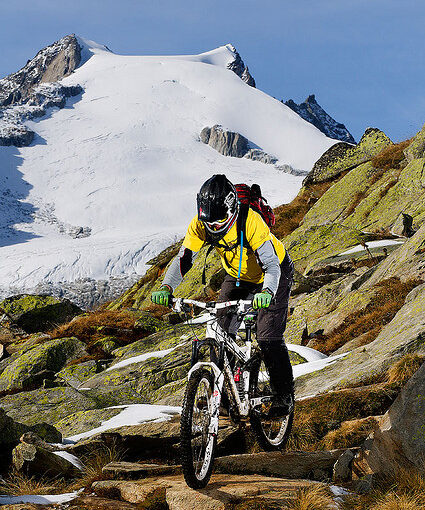 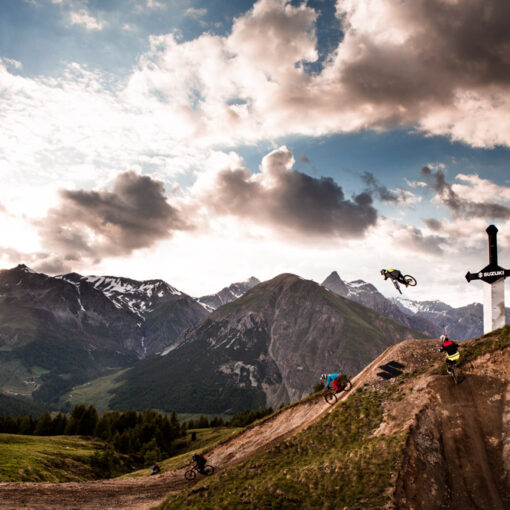