I suspect that Sea Otter’s most anticipated event was the premiere of ROAM. From the moment I arrived in Monterey, the two questions that were sure to be asked in any conversation were "When is the ROAM premiere?" and "You’re going, right?” The pre-party started at 7pm, and we rolled in sometime after 8. By 9:00 everyone was seated,
and the heckling to start the film began. One of the bonus
features on the DVD is a 30min ‚making of ROAM‘ feature.
We started out with an 8min preview, and it was just enough
to get an already pumped crowed hyped up even further. Once
the actual film was about to begin, you could feel the anticipation
in the theatre.

ROAM answered in a big way, right off the bat. The first
three segments clearly grabbed everyone in the room in a
similar way. The riding, the photography and the music were
all combined to create some of the absolute best segments
I’ve seen in a mountain bike film. Watching the beginning
of ROAM, is watching art. It’s not like watching art, it’s
‚watching art‘. Moving art. The camera angles, the flow and
the riding all combine to create something powerful, something
memorable, something that moves you to want to be out of
your seat and on your bike.

ROAM begins with a segment on the North Shore; Darren Berrecloth
tearing up a ‚traditional‘ North Shore trail of bridges,
skinnies, drops and jumps with his brother Ryan. The cable
cam work, and Darren’s moves had the entire theatre of riders
cheering, gasping and ‚awww’ing.

Next up, a segment from whistler that takes a very familiar
(and videoed) spot and totally turns in into something new.
Riders always look their best on the trails they ride at
home (the most often) and this segment is built on that familiarity.
Six riders, one potentially over-filmed mountain…and I’m
still wishing the segment was longer. It was that good.

Other things to look forward to in ROAM include a wicked
shot in Moab, Jordie Lunt’s backyard, some great shots with
Matt Hunter and if you’re into huge lines Romaniuk and Gullevich
deliver as usual. Ryan Leech pulls a train-rail move that
had the entire theatre cheer loudly.

But, it’s not all perfect. I found that ROAM slowed down
a bit in the middle. Initially I wasn’t worried about it,
but I distinctly remember thinking "no worries, it’ll
pick up again"…but I never really felt like it did.
The first part of the film was art…it drew me in, put me
in awe and made me feel a part of the ride. The second half,
however, felt a little flat. The problem is, I can’t tell
you why.

Is it because it’s not "The Collective"? Is it
because the second half had more big lines…stuff I don’t
ride myself? Maybe I went in with weird expectations? I know
for a fact I was looking forward to the cable cam, so when
I thought there wasn’t enough…was it true, or just pre-conceived?

One thing I’m not sure of, though, is whether ROAM was truly
‚finished‘. The Collective was carefully colour corrected
so it matched from beginning to end. It had a ’shine‘ to
it that clearly said "16mm film" instead of "digital
video". ROAM didn’t have that, yet. Berrecloth’s segment
had that super film depth to it, but other segments didn’t.
My guess? ROAM isn’t 100% ready to burn to DVD’s…so there
might be some surprises still to be had.

In order to ‚rate‘ ROAM, I’d need to see it again. I know
that others shared my feelings about the second half…but
we all were saying the same thing "I need to see it
again". Those first three segments though, they absolutely
blew me away. I would have bought ROAM tonight if I could
of…just to see those segments again.

I have a chance to see it again in Whistler in a week or
two. Perhaps that’s the second viewing I need to be sold
on ROAM. 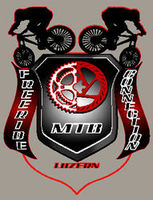